An Introduction to Puyo Puyo One 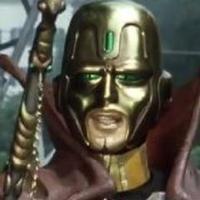 w.i
投稿内容
12
作成者の他の投稿
11
いいね！してくれた人
Since Puyo Puyo Tetris was released globally, the population of Puyo Puyo players outside of Japan has been increasing. Japanese players are pleased that foreign gamers get interested in Puyo Puyo and enjoy playing it.

The rule mainly used as a standard in Puyo Puyo Tetris and Puyo Puyo Chronicle is called Puyo Puyo Tsu rule, so probably it is Tsu you usually play. As you may know, Tsu means "two". Then what about Puyo Puyo "One"? What are the differences between Tsu and One? Are there any expert players of Puyo Puyo One? I hope this article helps you get some answers to these questions.

The most definitive feature distinguishing One from Tsu is the absence of the offsetting system. As you know, in Tsu, you can offset garbage puyos from your opponent by triggering your chain before garbages fall on your board. In One, this doesn’t happen. Once garbages are sent from your opponent, you have no way to prevent them from falling.

To win a game of the One rule, therefore, you have to complete your chain strong enough to bury your opponent’s board ahead of your opponent. A board of Puyo Puyo consists of 6 columns and 12 rows, so 72 garbages are always enough to beat your opponent. A 5-chain can send at least 69 garbages. Thus, one of your goals in Puyo One is to make a 5-chain as fast as possible. You don’t need to make a 6- or more chain because it takes you a longer time to construct a larger chain and to finish the chain animation.

In the Tsu rule, you may find it terribly difficult to make a 10- or more chain, to respond to harassments by your opponent, or to observe your opponent’s board. In the One, however, all you should do is to make just a 5-chain. Doesn’t that sound much simpler than Tsu? (Actually, there's nothing better than you can observe your opponent, but that’s not as essential as in Tsu.) That’s why I recommend those who suffer from complicated tactics of Tsu to play the One rule.

Building a 5-chain is an efficient way to beat your opponent because it can be built with as few as 10 pairs of puyos. However, it takes a longer time to finish its chain animation than a shorter chain. A 4-chain can overtake a 5-chain even if it's triggered later. To generate garbages filling an opponent's board by a 4-chain, clearing two colors in the fourth chain is one choice. But at least one of the two colors must have 5 puyos (4-4 generates only 54 garbages while 4-5, 4-6, and 5-5 does 61, 68, and 70 respectively), which means at least 11 pairs of puyos are required to build a killing 4-chain.

This chain is called a Death Tower. This is a 2-chain but can generate as many as 62 garbages. Many players intend to build a tower like this because just a 2-chain takes very short time for its animation. But it requires at least 12 pairs of puyos to beat an opponent definitely and is less flexible than a longer chain. Thus, expert players select their best choices according to colors of pairs they get.

http://www.nicovideo.jp/mylist/60706150
This playlist of Niconico collects matches of the 2nd Puyo Puyo One Arcade Championship League. Hisyachu, who got the pro license in the last Puyo Puyo Cup, is an expert of One as well as Tsu and he took part in this League. These videos will show you how experts of Puyo Puyo One play the game and that Puyo Puyo One is as exciting as Tsu.

Puyo Puyo Chronicle has the Puyo Puyo One mode (it's merely written as ぷよぷよ (Puyo Puyo)) only for offline matches. Unfortunately, SEGA doesn’t have any software providing us with the online mode of the One rule. (Previously, it had had a Wii Virtual Console PuyoPuyo One providing the online mode, but its service ended as Nintendo WiFi Connection ended.) An unofficial game exists and a lot of Japanese players enjoy it, but I refrain from writing about it here Puyo Camp.

Besides the offsetting system, there are several points differing between Tsu and One.
- All Clear bonus
In One, you can get no bonus when you clear all puyos on your board. If you get same monochromatic pairs as the first two pairs, you mustn't clear them in One rule only to waste your time and resources.
- Preview window
You can see two pairs of upcoming puyos in Tsu, but only one pair in One.
- Double rotation
In Tsu, you can flip your controlling pair of puyos by pressing a rotation button twice quickly, but you can't in One.

Alas, I could clear the greens if the next pair were upside-down!
- Garbages falling on the 14th or higher rows
See the example below.

The first column has three wasted puyos and garbages have fallen twice. Assume that 6 garbages are still in the tray. After you put a pair, the rest 6 attempt to fall on each column, but a garbage for the first column doesn't fall because the 13th row of the first column has already gotten a puyo. This one unfallen garbage will disappear in Tsu, but in One, it will return to the tray and will attempt to fall after the next pair is put. We call this returning puyo "change" (compared to the money you get back when you have paid more money than it costs). 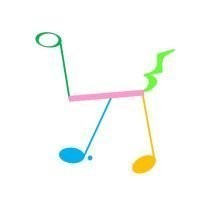 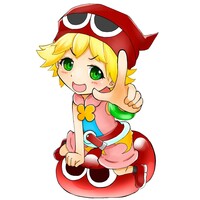 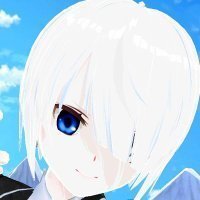 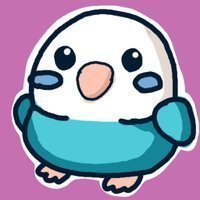 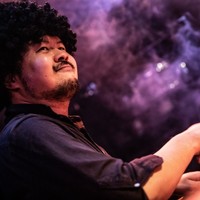 Your English is very good!