As far as Puyo Puyo goes, Puyo Puyo Esports represents a crowning achievement in the venerated puzzle franchise. As the first game made directly to support competitive esports, it implented many quality-of-life features that pro players have been asking for for a long time. It's great to see SEGA addressing player needs directly. Moreover, the fact that such a game was released outside of Japan shows that Sega intends to grow the series internationally.

That being said, there are a myraid of specific improvements that could be made to tackle the unique challenges facing the western community. While I'm sure many suggestions were submitted in the Champions online survey, I wanted to address the most common issues in a way that promotes discussion in a public setting. As the end of Season 2 of the professional Puyo Puyo esports circuit draws to a close and we enter the fourth year since the release of the last brand new Puyo Puyo game (Chronicles in 2016), the potential that the development of a new Puyo game is underway is greater than ever. This is the time when feedback matters the most.

Broadly speaking, the areas of the game most in need of attention are in online, training, and colorblind support. As much as we would like every feature on this list to be implemented, we understand development and staffing priorities can make implenting these features and fixes challenging. With one exception, I do not expect or demand everything in this post to be implemented in the next or in any future game ever. Rather, this document is intended to outline the kinds of features a contemporary Puyo game should have in order to minimize the barriers any players interested in it may encounter.

I wanted to lead off with the elephant in the room, the #1 most requested feature from the Western competitive commuity: the ability to spectate matches. Spectator mode is a must in the next Puyo game for three reasons:

1. The fragmentation of the Western community requires most tournaments to be held online

Unfortunately, Puyo Puyo is still a niche game series outside of Japan. Because of the vast geographical distances separating most players, the only way for most competitors to find matches against strong opponents, or any opponents at all, is to play with others online. Local play is simply not an option for many of us. While large events like the EVO side tournament or Perfect Clear provide an opportunity for high quality tournaments to occur, they happen too infrequently and are too expensive for many to afford attending.

2. Online events are almost impossible to hold without spectator mode

Spectating allows both tournament organizers to track matches in progress and enables tournament participants and spectators to watch ongoing battles in real time. Without a way to view these matches, live tournaments become difficult to run and make it difficult to draw in casual interest. In fact, I have hosted multiple tournaments where the grand finals has gone unrecorded and unstreamed due to neither player possessing recording equipment.

3. The online infrastructure in the west makes it impossible or prohibitively expensive to personally stream matches

One possible solution for online tournaments is to require every participant to record or stream their own matches. However, this requires expensive streaming equipment, limiting who can participate. While the PS4 has streaming capabilities built in, the Switch version of Puyo does not despite having a much larger playerbase, further limiting the pool of eligible players.

Moreover, a high quality internet connection is either prohibitively expensive or not an option at all in some regions. This means those players cannot stream matches without compromising the connection quality of their online Puyo battles, degrading their tournament experience.

4. HD Puyo games prevent a dummy player from acting as a spectator

Another solution, famously implemented in piponeer's OIU league, is to introduce a third player whose sole purpose is to observe and record matches. On the Nintendo 3DS, this approach worked due to the unique layout of the dual screens. On the PS4 and Switch, however, the UI switches to a cumbersome four player layout. In addition, the presense of a third player induces netplay lag on everybody else, again compromising the online experience for participants.

It cannot be understated how critical spectator mode is to the growth of competitive Puyo in the west. Many tournament organizers in the West have refused to run tournaments because of the difficulties introduced by the lack of spectating. Of all the requests in this post, Spectator Mode is the only one that must be included in the next international Puyo Puyo game rather than just be "nice to have".

The lack of a spectator mode is just one aspect of an overall barebones online experience.  As the western Puyo community is overwhelmingly exists on the internet, the online modes must facilitate community building rather than just mirror the offline experience.

Ranked play suffers from two problems. First, each battle is first to two wins, making every match high variance. Many players complain about the inherent randomness this format creates, especially on their rating. Second, there is no option for a rematch with the last player battled, which is becoming an increasingly popular option in similar games.

As for free play, only lobbies that have not yet started a match appear on the public list and disappears as soon as the game begins, meaning the window of time in which players can find a match is an extremely small sliver of time. This makes the online population look more barren than it may actually be - many new players have asked if online is dead after seeing no lobbies listed in Free Play, even if there are actually many active games in progress. Simply displaying closed lobbies on the free play lobby list can go a long way in keeping players engaged in the online ecosystem.

One huge benefit of spectator mode is the potential for lobbies styled after waiting in line for a match at an arcade cabinet. Currently, when multiple players want to play Puyo together, their only option is to start a 3 or 4 player battle, or patiently wait while two of them finish their matches. With "king of the hill" styled lobbies, traditional 1v1 Puyo matches can still be played, while the rest of the lobby watches the action as spectators. When one player loses, the next player in the queue replaces the loser, allowing everybody to have a chance to play. Additionally, this implementation allows players to hop into rooms with matches in progress instead of having to wait for the players to return to the free play lobby. Most 1v1 games such as Under Night In-Birth and Virtua Fighter implement netplay lobbies in this manner.

While we appreciate the efforts that Sega has put in to improve the ranked play experience and combat cheating, the current implementation is still easily exploitable. Hackers can still edit their rating and disconnect the opponent at will, and opponents using lag switches continue to plague ranked play.

Another consequence of poor western internet is that the online experience for games with inflexible netcode suffers. In Puyo Puyo's case, netplay lag will tend to cause dropped or repeated controller inputs. Additionally, since the game engine still runs while lag is occuring, garbage which would normally have a slight delay before falling will drop instantly after the game resumes. Issues like these demoralize players, preventing them from utilizing their skills to the fullest and make it likely they quit playing Puyo altogether.

Cross play between consoles is quickly becoming a standard feature for online enabled competitive games. This feature is a huge boon for niche online communities by completely eliminating platform fragmentation.

Players first learning the game or trying out new chains tend to use Endless mode to practice. With the addition of Challenge mode to Puyo Puyo Champions, many of the issues associated with Endless Puyo were eliminated, but the games still lack a true dedicated Training Mode. Being able to play Training Mode online with other players would be a great tool for practicing with friends as well!

In previous Puyo games, a rewind feature was added to Endless Puyo that allowed players to take back moves they had made. This was a great tool for allowing players to experiment with chain builds and fix any mistakes that may have occured. Hopefully this becomes a standard feature in every Puyo Puyo game going forward.

Many new players have complained that the default puyo fall speed is too fast to give them time to think about their puyo placement. Even with rewind, the need to constantly press and release a button to hold a piece in place distracts them from focusing completely on their chain building. Being able to slow down or stop the influence of gravity creates a much more comfortable learning environment.

The ability to increase gravity can also provide training benefits, forcing players to learn how to place pieces faster than they may be normally comfortable with.

Currently, the lowest target time for Score Attack in Champions is 60 seconds. However, many players use the biggest chain they can build in 30 seconds as a benchmark for measuring their chaining ability. Having this time limit as an option creates a meaningful training tool for developing players.

Practicing how to extend specific Fever mode preset chains is currently very difficult. Being able to create specific preset Fever chains on the fly can help. Additionally, in previous Puyo games, Fever chain triggers were indicated with a target on certain difficulty levels. This indicator was extremely helpful for new players who could not yet identify chaining patterns.

Color perception is a required skill in order to play Puyo. For the nearly 10% of people in the United States suffering from some form of color deficiency, the inability to distinguish between certain puyo colors is a handicap that can make the game impossible to play.

The color editing feature in the Switch version of SEGA Ages Puyo Puyo 2 is a great first step towards making the game accessible for these people. Here are a few more things that would be great if implemented.

No matter what skin is chosen as default in Options, Lesson Mode forces the player to use Chalk Puyo, which all have completely identical shapes and very similar visual intensities. As a result, it is virtually impossible for colorblind players to play Lesson Mode.

Colorblind players tend to have a specific few specific shades of colors they have trouble distinguishing between, but Puyo Puyo randomly picks four colors from a pool of five. Being able to specify which four colors always appear would allows colorblind players to choose the palette that is most discernible for them.

Currently, colorblind players are recommended the Sonic, Flat, and Metallic puyo skins for accessibility. However, they were not designed for such a purpose and thus may not cover all possible types of color deficiencies, and tend to lack general aesthetic appeal. The ultimate goal should be the creation of a colorblind friendly skin appealing enough to use as the default skin in future Puyo games. Not only would this help Puyo players, it also benefits any colorblind spectators watching the match.

In a recent interview, Hosoyamada Mizuki expressed his aspirations to hold an international Puyo Puyo tournament. However, the world that allowed Puyo Puyo to flourish in Japan nearly 30 years ago is vastly different from the world today. Puyo Puyo must also change along with it to maintain relevance. Puyo Puyo fans across the world also share Hosoyamada-san's hopes for a worldwide competition - for many of us, such an event would be like a dream come true. If Sega continues the trend of listening to the needs of the community and improving Puyo, I'm sure the western community will ardently respond in kind.
更新日時：2020/02/22 14:51
（作成日時：2020/02/11 14:22）
カテゴリ
日記
-ZANさんの他の投稿を見る
関連投稿
非モテ系ぷよらー達に送る言葉
by 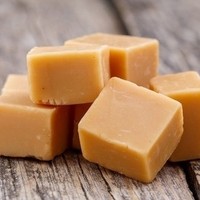 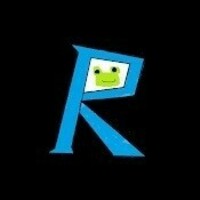 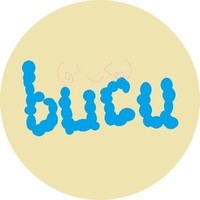 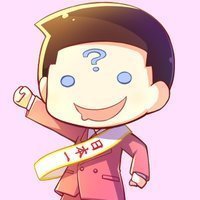